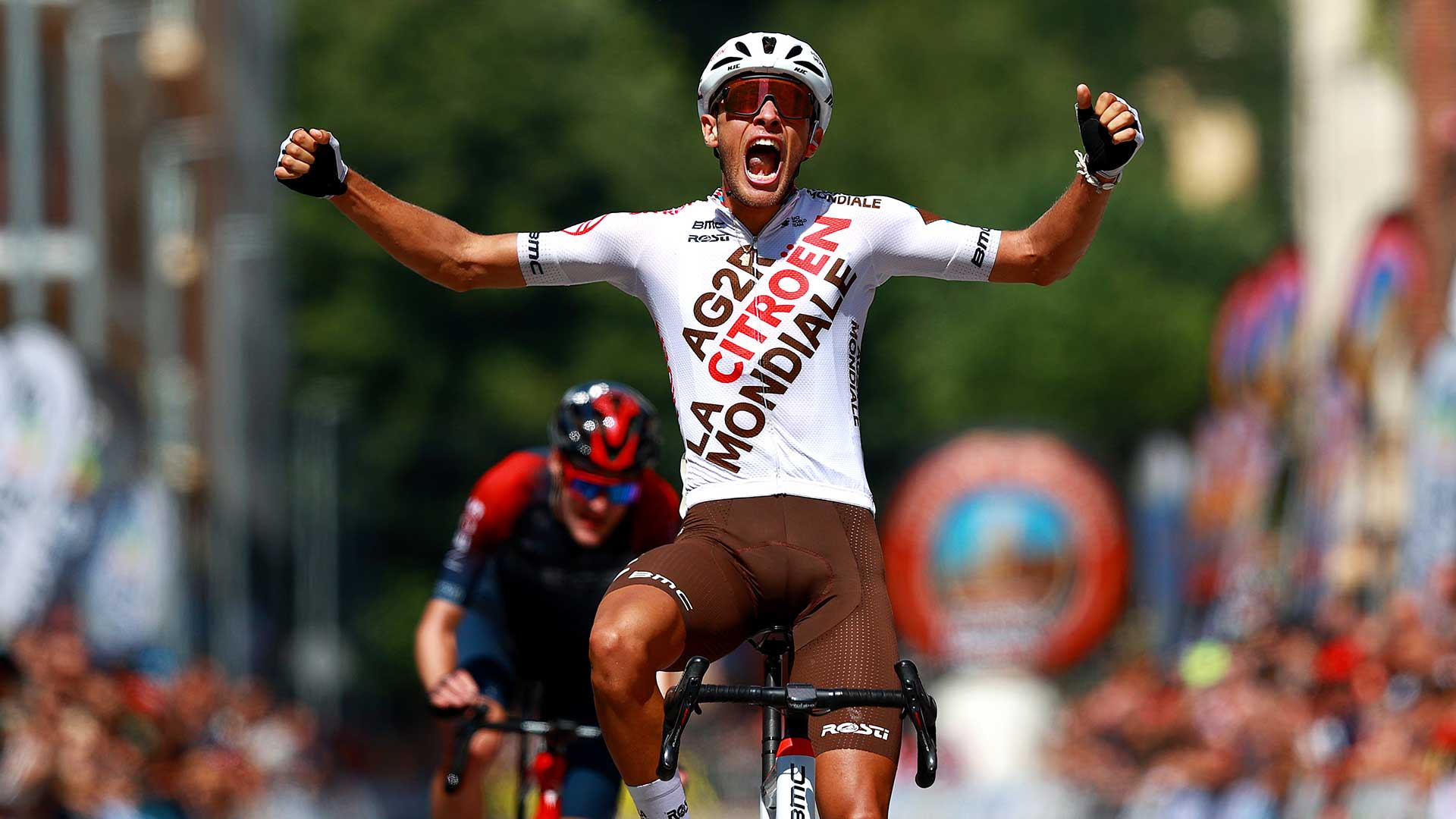 Bastien Tronchon wins the 3rd stage of the Vuelta a Burgos

"I don't realize. Words are hard to find. It's an incredible day.
I spent the stage at the front with the aim of starting the Picon Blanco climb with as much of a lead as possible. I managed my climb without worrying about the others and I managed to get in front of the favorites in the general classification.
The descent was very technical and I hung on until the finish in the wheel of Pavel Sivakov.
I've been progressing little by little for a few years now and I'm happy to be here for my first race as a professional trainee.
I hope to continue to bring what the team expects from me for the rest of the season."[/su_quote] [su_quote cite=Vincent Lavenu]

"It's a very nice surprise. I have known Bastien very well since he was a child. He did his first years of cycling at the club of La Motte Servolex Cycling where our racing department is located. He then joined our training program in 2019 through the AG2R CITROËN U19 team and now in the AG2R CITROËN U23 team since 2021.
He is a boy with a lot of talent. In the final, I knew it was possible, Bastien knows how to win races and he has shown it in the amateurs these last two seasons.
After yesterday's difficult day for the team with the crashes of Damien Touzé and Marc Sarreau and the injury of Clément Berthet, it is a great pleasure to see him raise his arms today.
The best way to win races is to break away, this win is a great example to follow."[/su_quote]

Dorian Godon took 20th place in the sixth stage of the Tour de Pologne, an individual time trial of 11.8 km.
Felix Gall and Dorian Godon are 15th and 17th respectively in the overall classification.