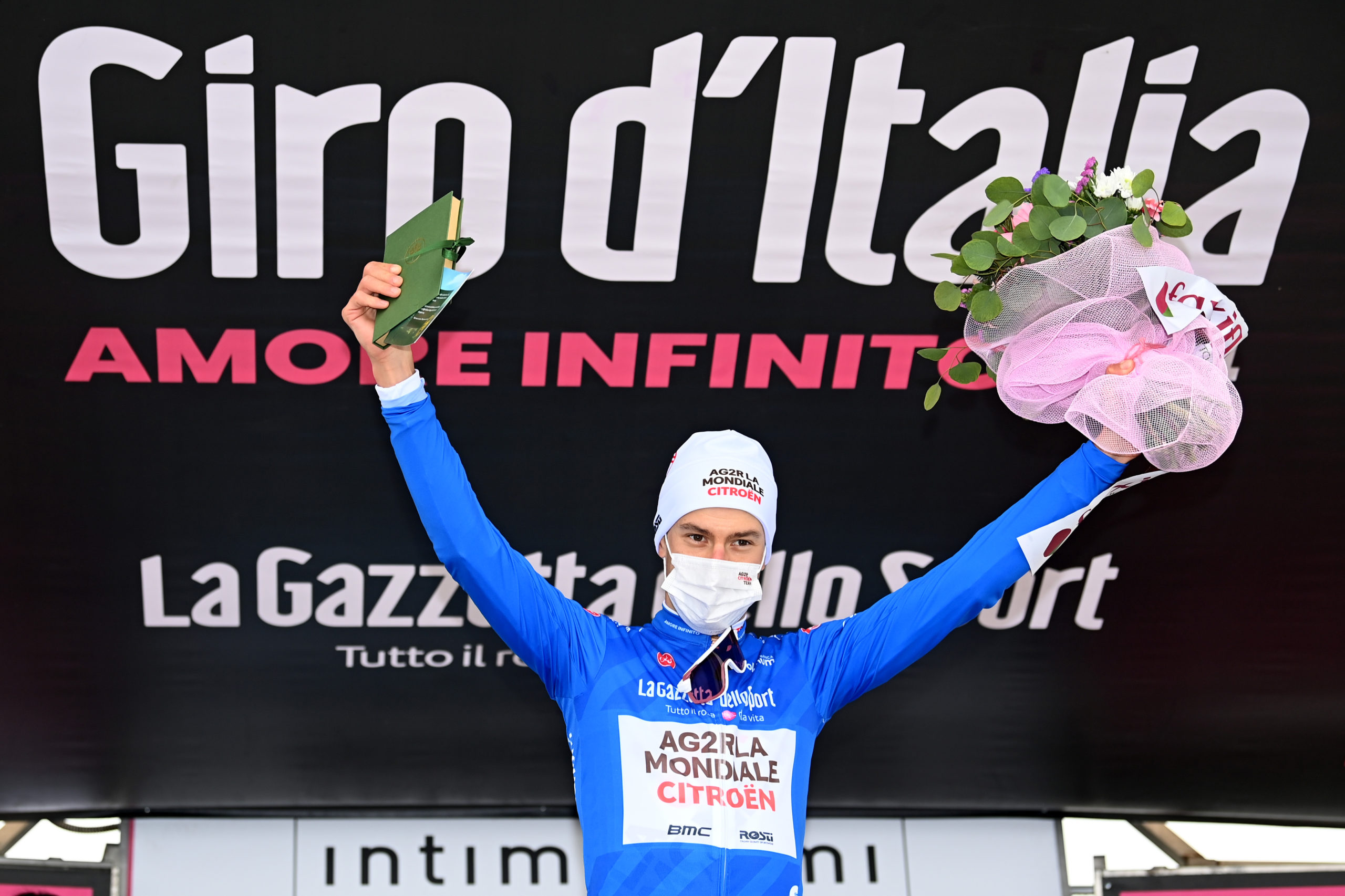 "The results are positive. The beginning of the Giro was difficult because we lost François Bidard and Clément Champoussin a few days apart at the beginning of the race. We were able to cope and get back on track with the magnificent victory of Andrea Vendrame in the twelfth stage and the best climber jersey of Geoffrey Bouchard which is the icing on the cake. By being very active, by fighting to get into the breakaways, he showed his courage and determination. He knows how to give himself the means to reach his goals. It's no coincidence that he is also well placed in the combativity ranking. His performance is not insignificant and the fact that only four Frenchmen (Louison Bobet (1951), Raphaël Geminiani (1952 - 1957), Fignon (1984)) have managed to win this jersey at the Giro and that few riders have managed the Vuelta-Giro double proves it. It is a real achievement, especially in three participations in a major Tour." - Laurent Biondi

Marc Sarreau took 9th place in the fourth stage of the Boucles de La Mayenne. He finished tenth in the general classification.

Clément Venturini took third place in the first stage of the Critérium du Dauphiné.
"I'm satisfied because it's my first podium this season in a UCI WorldTour race. The team is in a good momentum and I want to take advantage of it too. I have no regrets because Brent Van Moer at the front was very strong. There will be other opportunities," said Clément Venturini.