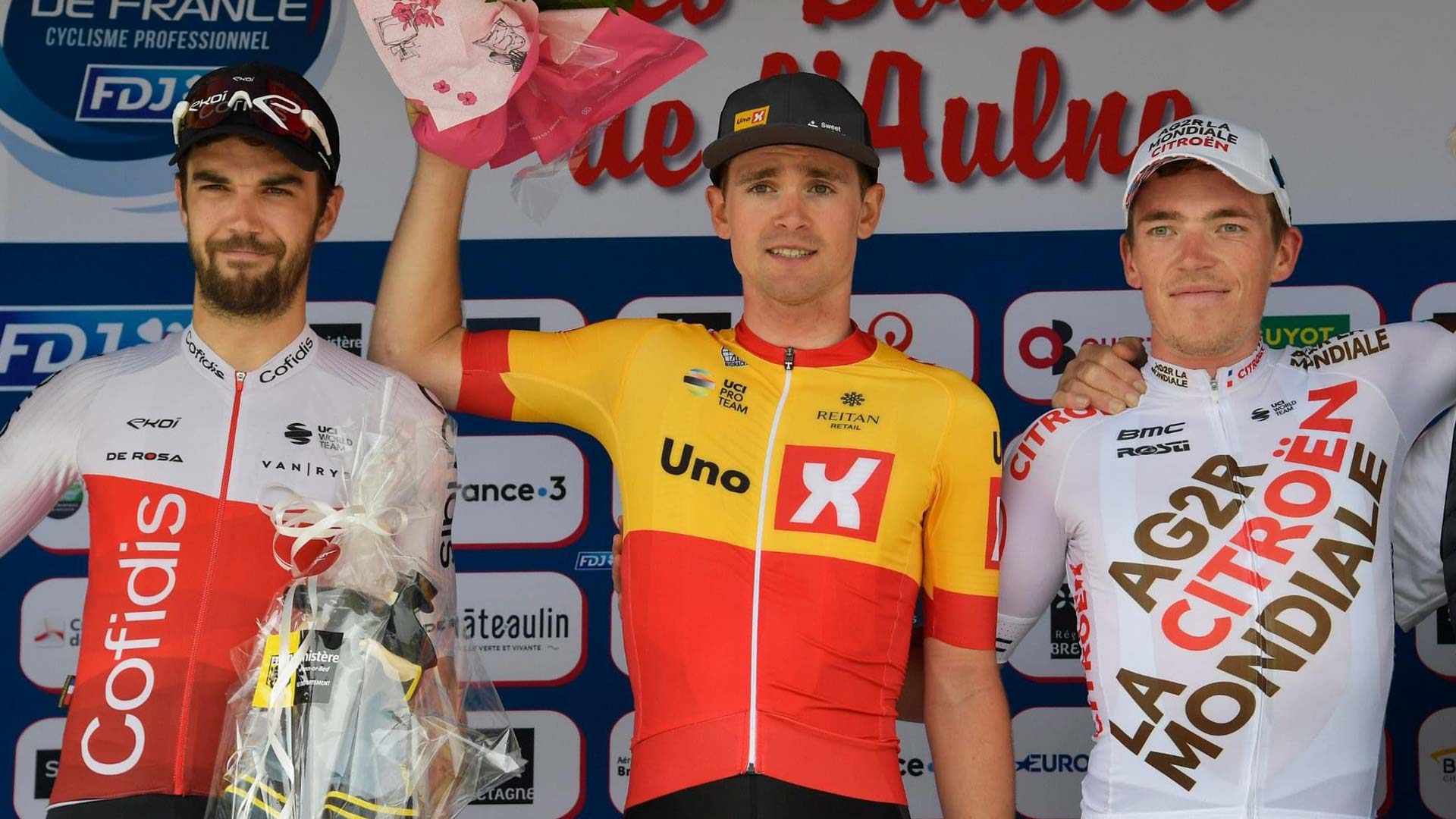 "It was a race with a lot of movement. The first move went quickly with three riders from the AG2R CITROËN team: Clément Venturini, Paul Lapeira and Valentin Paret Peintre. After a great fight, I was able to take the decisive breakaway with a group of nine riders to fight for the victory. We battled with the peloton on this difficult course. Third place today is objectively the best result I could have hoped for with my current form. My legs were better than yesterday, but I didn't feel great either. It is certain that my victory last year on this race gave me confidence to get the podium today."

Second podium in two years for Stan Dewulf on the Boucles de l'Aulne- Châteaulin. He had won this event last year.

Mikaël Chérel in the breakaway of the day.
"The day's stage was favourable to attackers. I managed to get into this good breakaway, we were two riders from the AG2R CITROËN team with Nicolas Prodhomme. The best riders went to the end but I quickly saw that I lacked energy. The first two weeks of this Giro d'Italia were difficult, I didn't have very good legs today, I ran with my means. I have no regrets today, we will try again in the third week" says Mikaël Chérel.