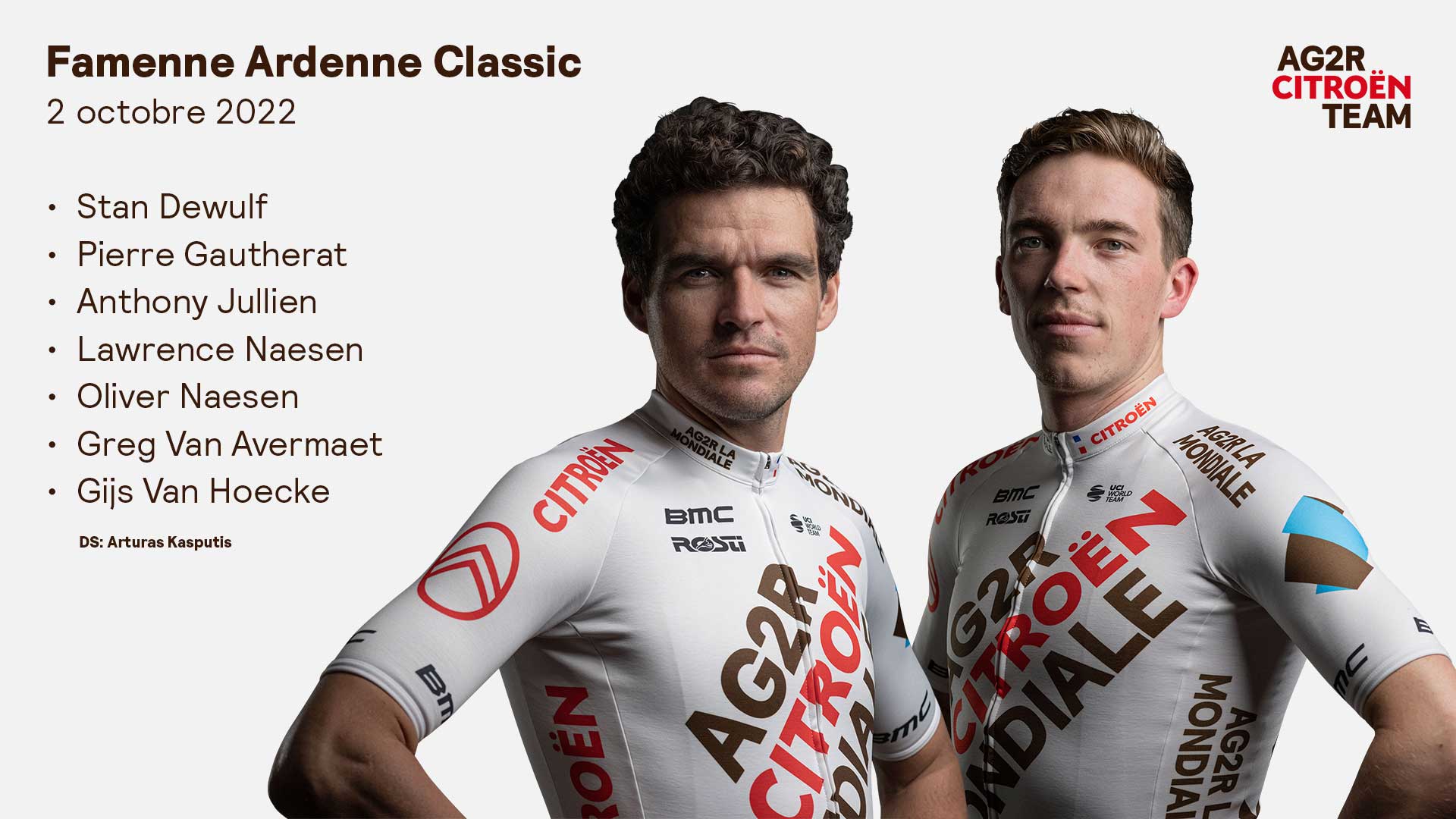 Oliver Naesen: "A race that suits us

"The end of the season is approaching but there are still some great races. I am back to a good level after my flu which prevented me from racing the Grand Prix of Wallonia (September 14), I feel good.
I've never raced the Famenne Ardenne Classic but I watched it on TV and it's a race that suits the AG2R CITROËN team. There will be a series of bumps where we can make a difference. We will have to use our strengths to try to get the victory.
With Binche-Chimay-Binche (October 4) and Paris-Tours (October 9) after that, that gives three opportunities to go for a result at the end of the season."[/su_quote]

This is the first participation of the AG2R CITROËN team in the Famenne Ardenne Classic.

News: A sixth place at home for Oliver Naesen

Oliver Naesen took sixth place in the Fred de Bruyne Memorial, a fair in his hometown of Berlare, on Wednesday 28 September.