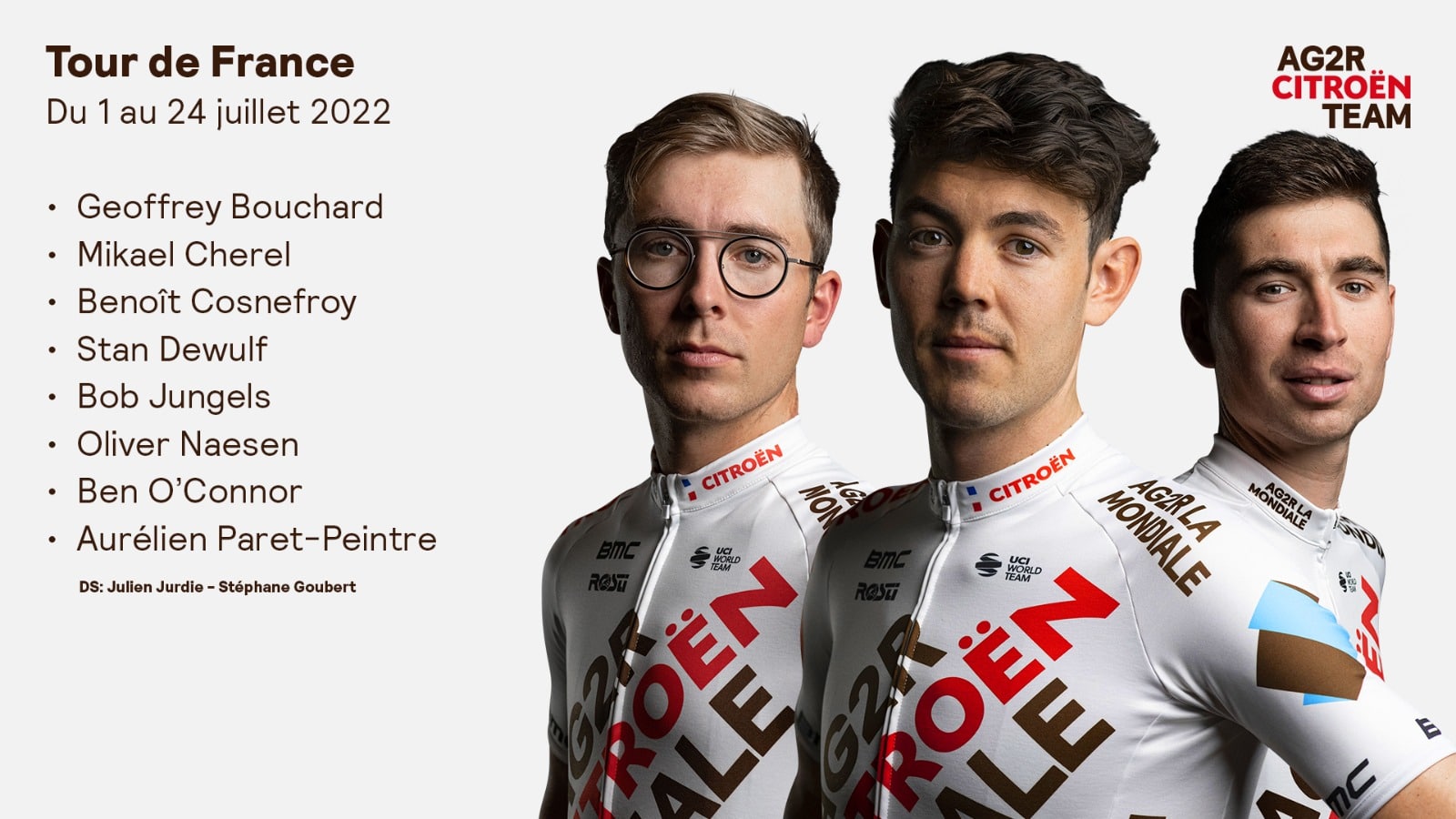 « We will start the Tour de France in Copenhagen with great ambitions. Since last year, Ben O’Connor has shown us the extent of his qualities. With him, we will focus on the best possible general classification, without setting a specific objective. We are certain that his sporting level, which he proved with his final podium at the Critérium du Dauphiné, can bring us real satisfaction.
Taking a stage victory will also be a goal for all our riders. We know that it has a special meaning at a grand tour.
It’s a tricky Tour de France where you’ll have to be careful, especially in the first week. Then the mountains will come, where our team will be able to show themselves in a beautiful way.
It’s heartbreaking not to select a champion like Greg Van Avermaet. He remains one of the greatest riders in the peloton and his dedication to his profession is remarkable. However, the profile of the Tour de France seemed to us not quite suited to its current strengths. The sportsmanship with which he welcomed our decision further proves that he is a man of great professionalism and rare class. »

Vincent Lavenu, general manager of the AG2R CITROËN TEAM, presents the eight riders who will make up the squad at the start of the Tour de France 2022: 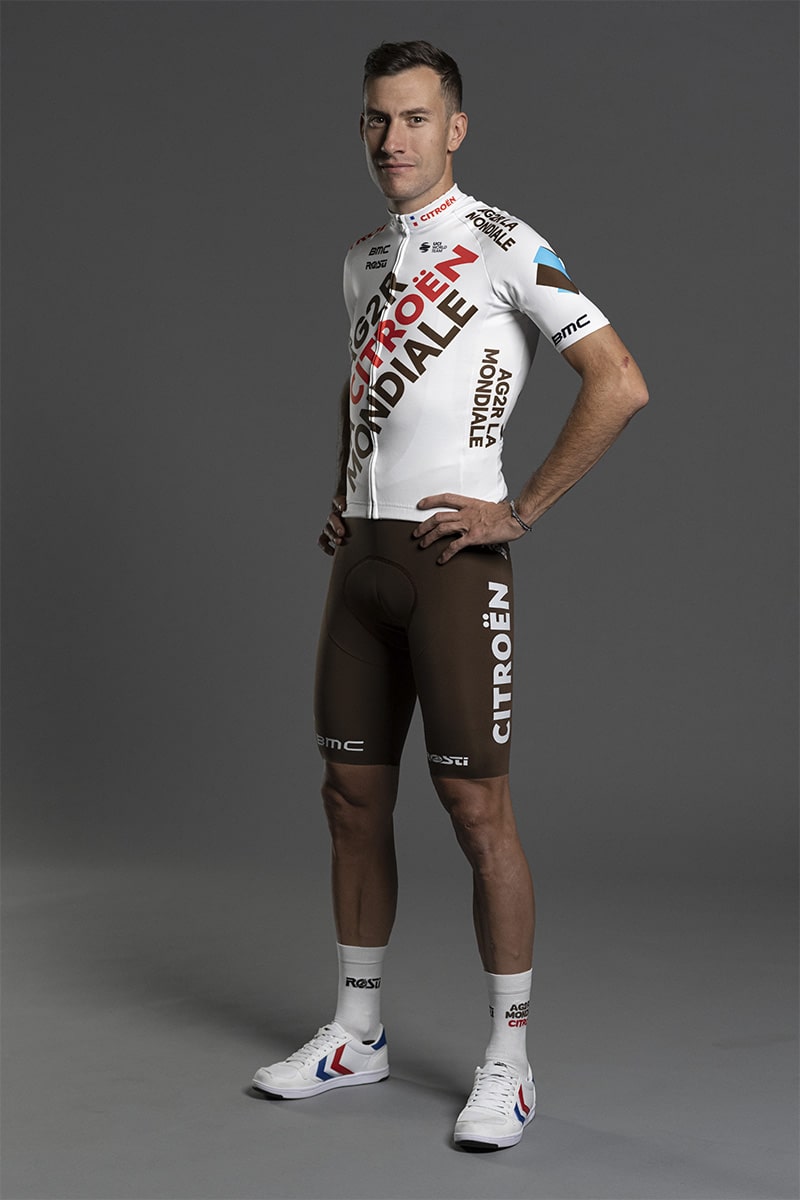 « Geoffrey won his place in the Tour de France thanks to his convincing results his last major tours (winner of the mountain classification at the Vuelta a España in 2019 and the Giro d’Italia in 2021, 14th in the general classification of the Vuelta a España in 2021) and he has had a very good start to the season (stage victory in the Tour of the Alps). He will discover the Tour de France and provide heavy reinforcement in the mountains for Ben O’Connor. He will also have the possibility of slipping into the breakaways when the opportunity arises. » 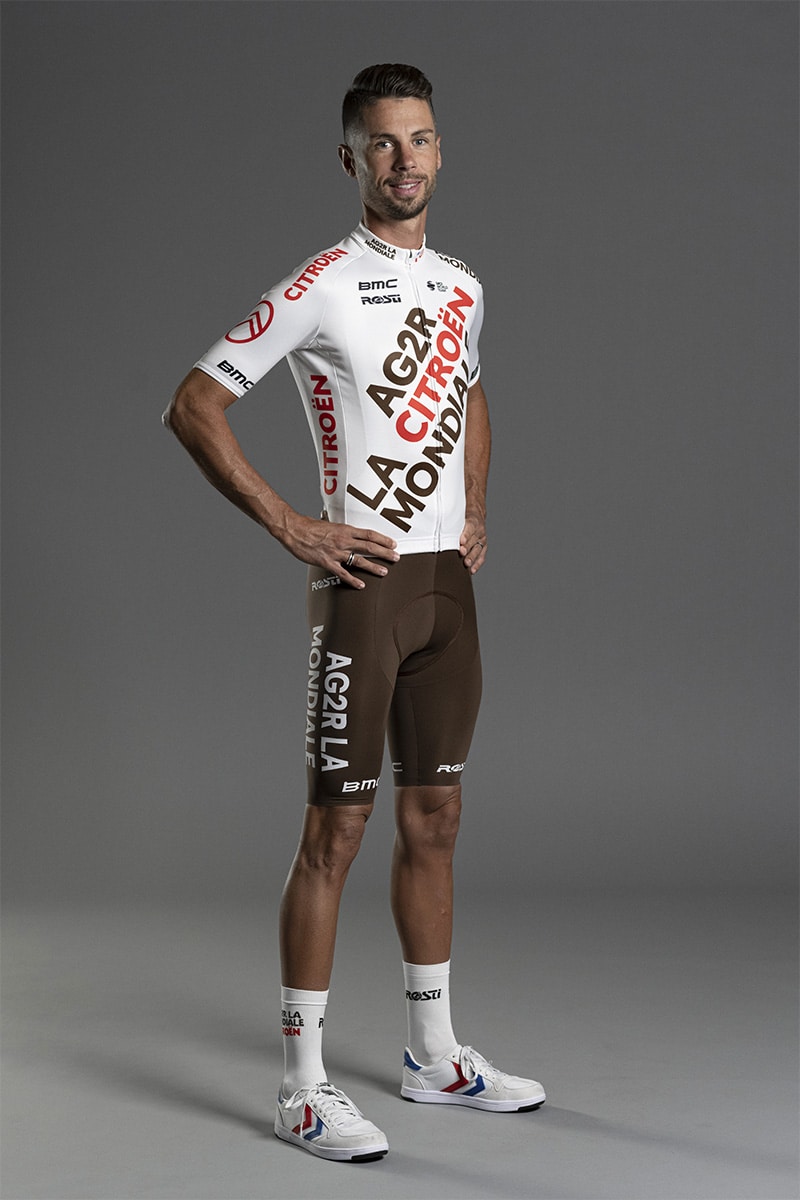 « Mikael had a good Giro d’Italia, finishing in 23rd place in the general classification. He took the time to rest and prepare and will provide valuable help to Ben O’Connor throughout this Tour de France. He is a rider who knows the role of teammate perfectly and who excels in this area, especially in terms of keeping his leader well positioned. » 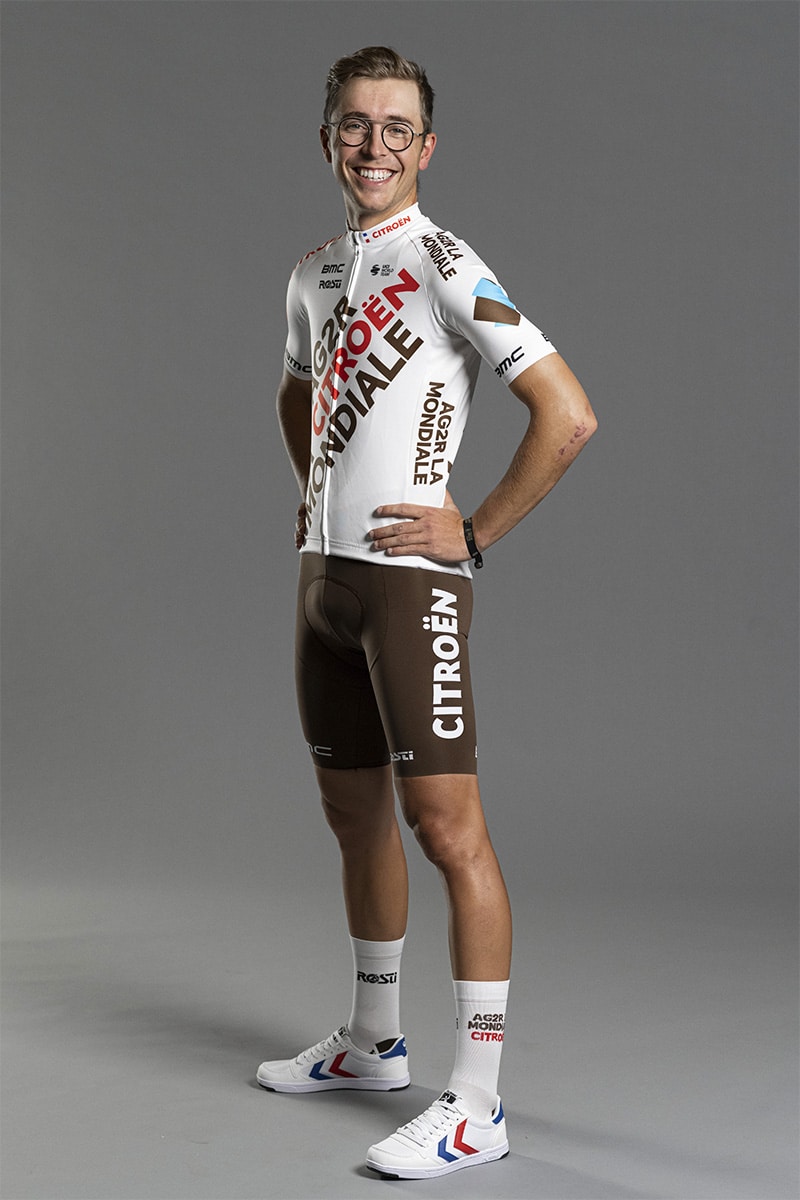 « After a difficult start to the Tour de Suisse (June 12-19), Benoît regained good physical condition during the final stages. At his best, he rivals the strongest riders in the world in his style of racing. Benoît will be chasing a stage victory and will also have the opportunity to work for the team during these three weeks. » 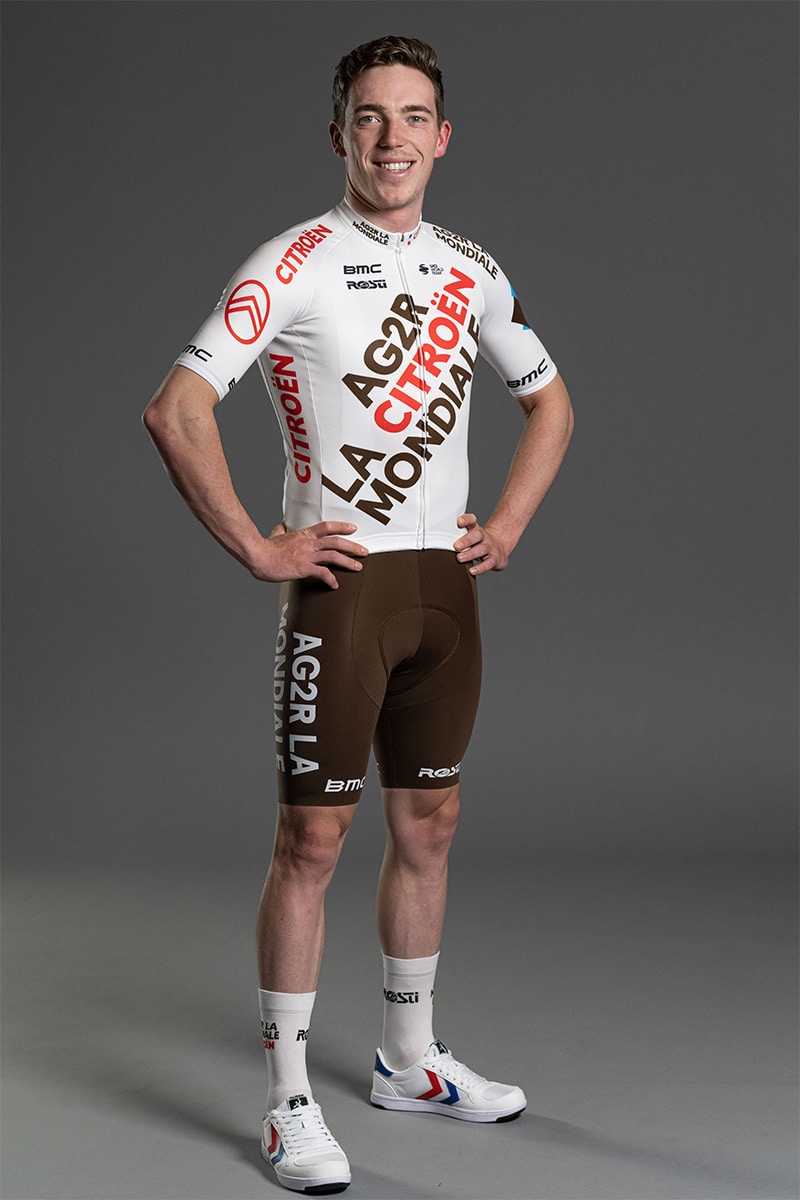 « Stan is a very versatile rider. He never hesitates to put himself at the service of the team and his good humor is contagious. He will be riding his first Tour de France, with the aim of protecting Ben, especially in the first week, but also with the prospect of slipping into breakaways and taking advantage of his good burst of speed to clinch a stage victory. » 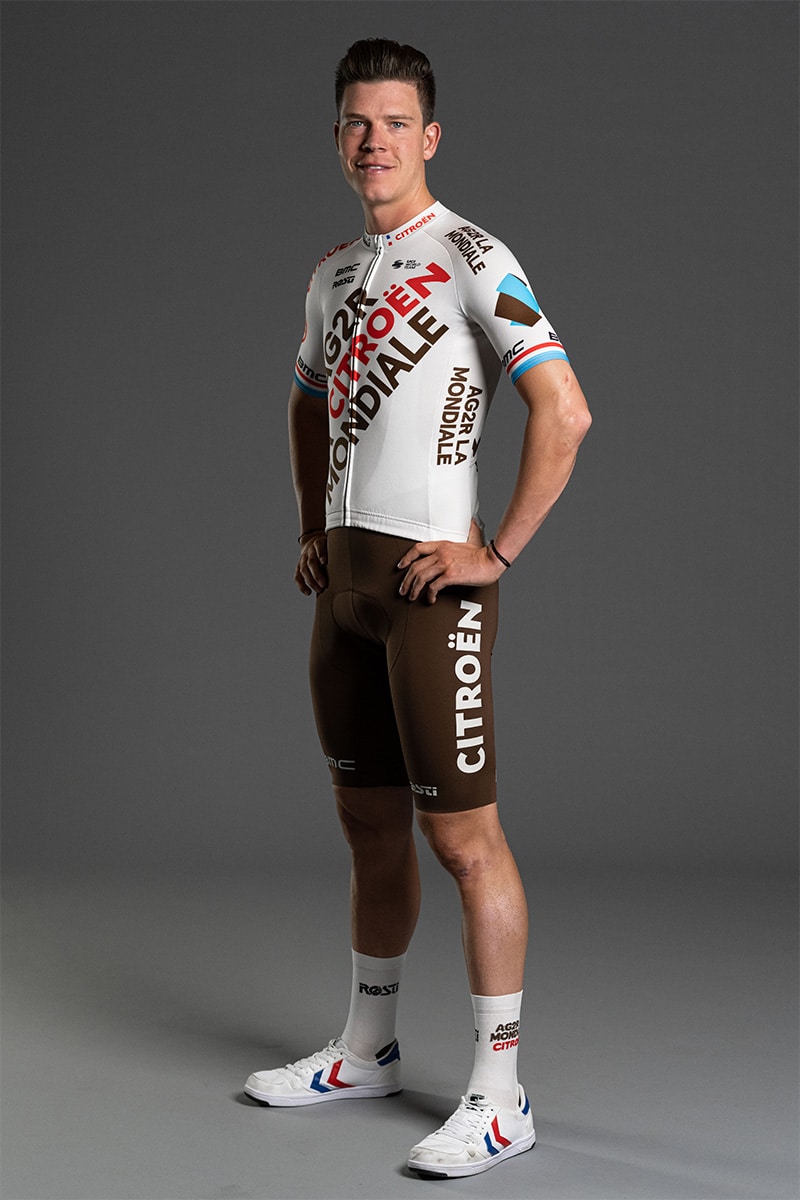 « Bob showed at the Tour de Suisse (June 12-19) that he is back in shape (6th in the general classification) and that he remains a top-level rider. He naturally finds his place in the team. He will aim for a stage victory but will also be able to accompany Ben when the road heads upwards. » 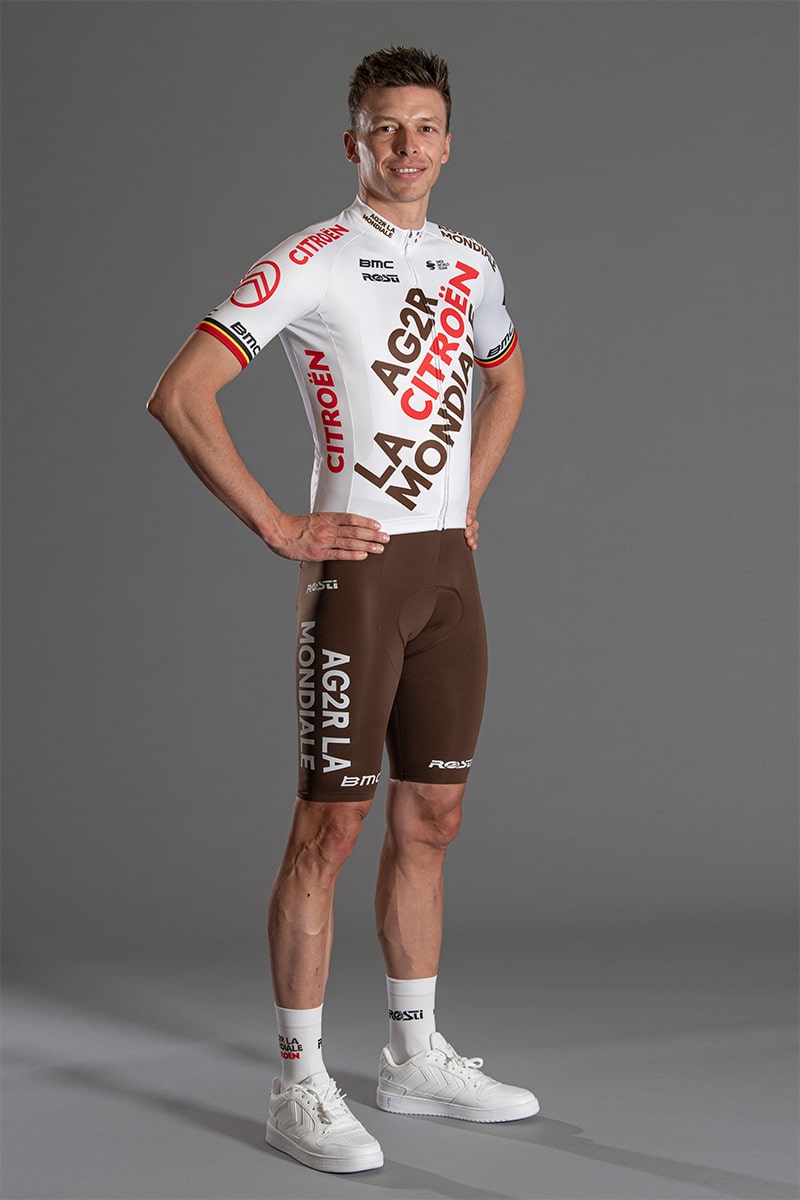 « Oliver is a very important part of the team. He will provide essential protection for Ben the first week and throughout the Tour de France. It’s a role he masters perfectly. He will be able to bring his experience from his last six participations in the Grande Boucle, his qualities on the cobblestones, and can also try his luck for a stage win, as he knows how to do. » 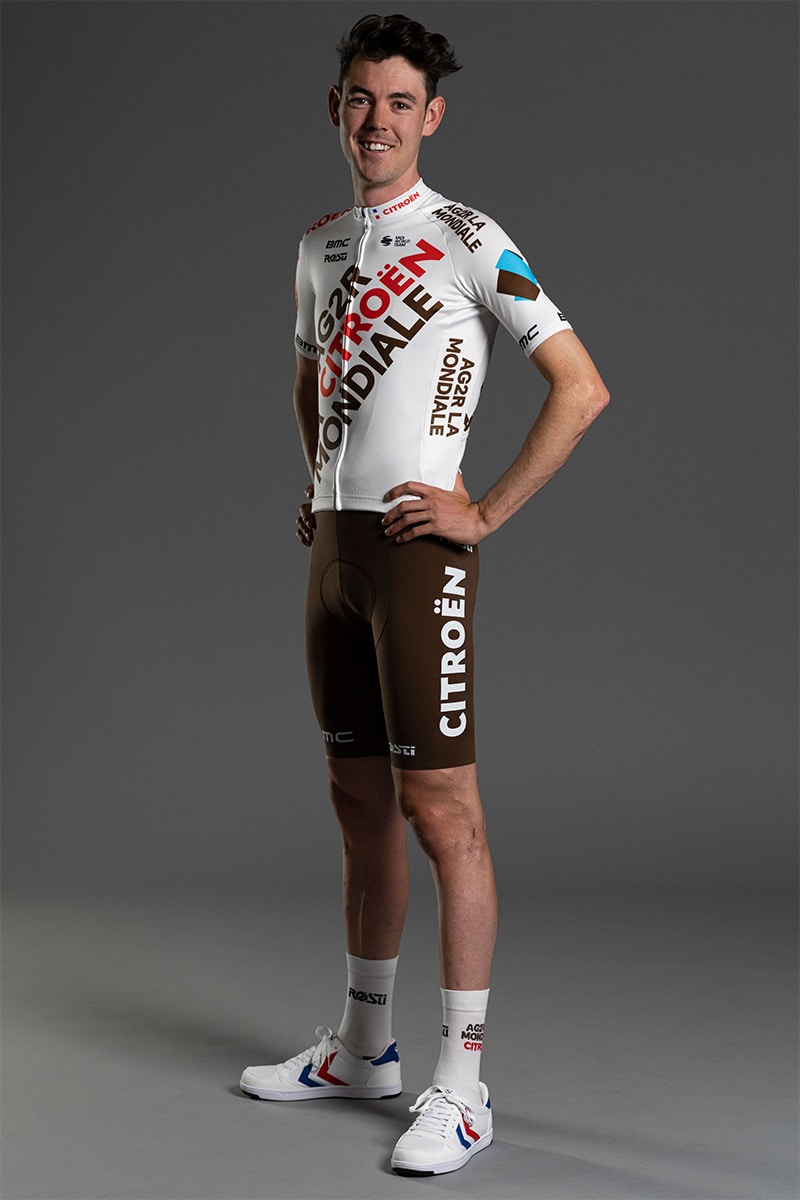 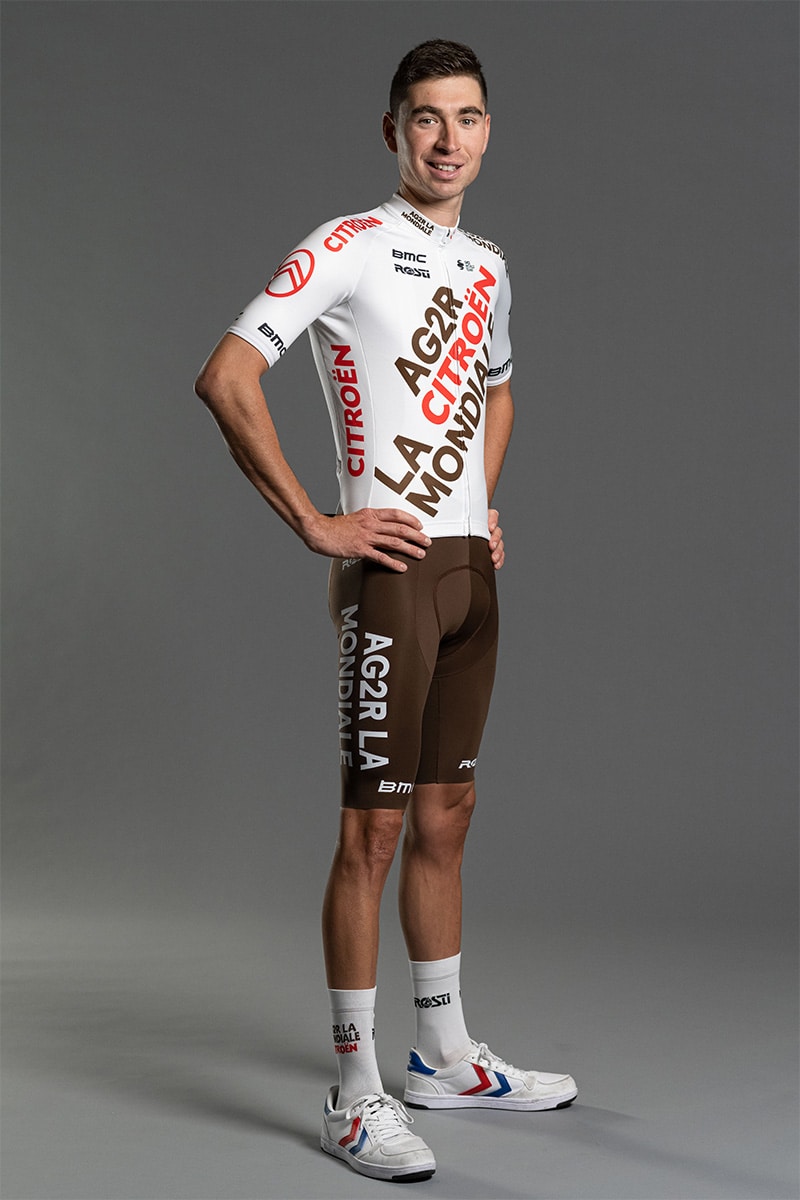 « Aurélien completed his first Tour de France last year in 15th place. In recent seasons, he has shown he has great skills in stage races, notably finishing in the top 10 of Paris-Nice two years in a row (9th in 2021 and 10th in 2022). He will be an important element of the group and can help Ben. He will also focus on winning a stage. »

Mikaël Chérel will compete in his seventeenth Grand Tour. He has participated in six Vuelta a España, four Giro d'Italia and this will be his seventh participation in the Tour de France.
Geoffrey Bouchard and Stan Dewulf will start their first Tour de France.

For the second consecutive year, the AG2R CITROËN TEAM will be present in the Tour de France advertising caravan. This project, born from the common will of the team and its title partners, aims to meet the public of the Grande Boucle and to strengthen the link between the team and its fans. On this occasion, 100,000 sponge bracelets will be distributed to spectators throughout the 3346 kilometers of the Tour de France. AG2R CITROËN TEAM has chosen to offer a useful object, reusable by everyone and for all activities. This sponge bracelet has a small pocket with a zipper, ideal for storing your keys during a hike, a bike ride or any other activity.
The two vehicles that will crisscross Denmark and then France are: a Citroën C5 Aircross Plug-in Hybrid and a Citroën Jumper dressed in a Caselani Type H kit in the team's colors.