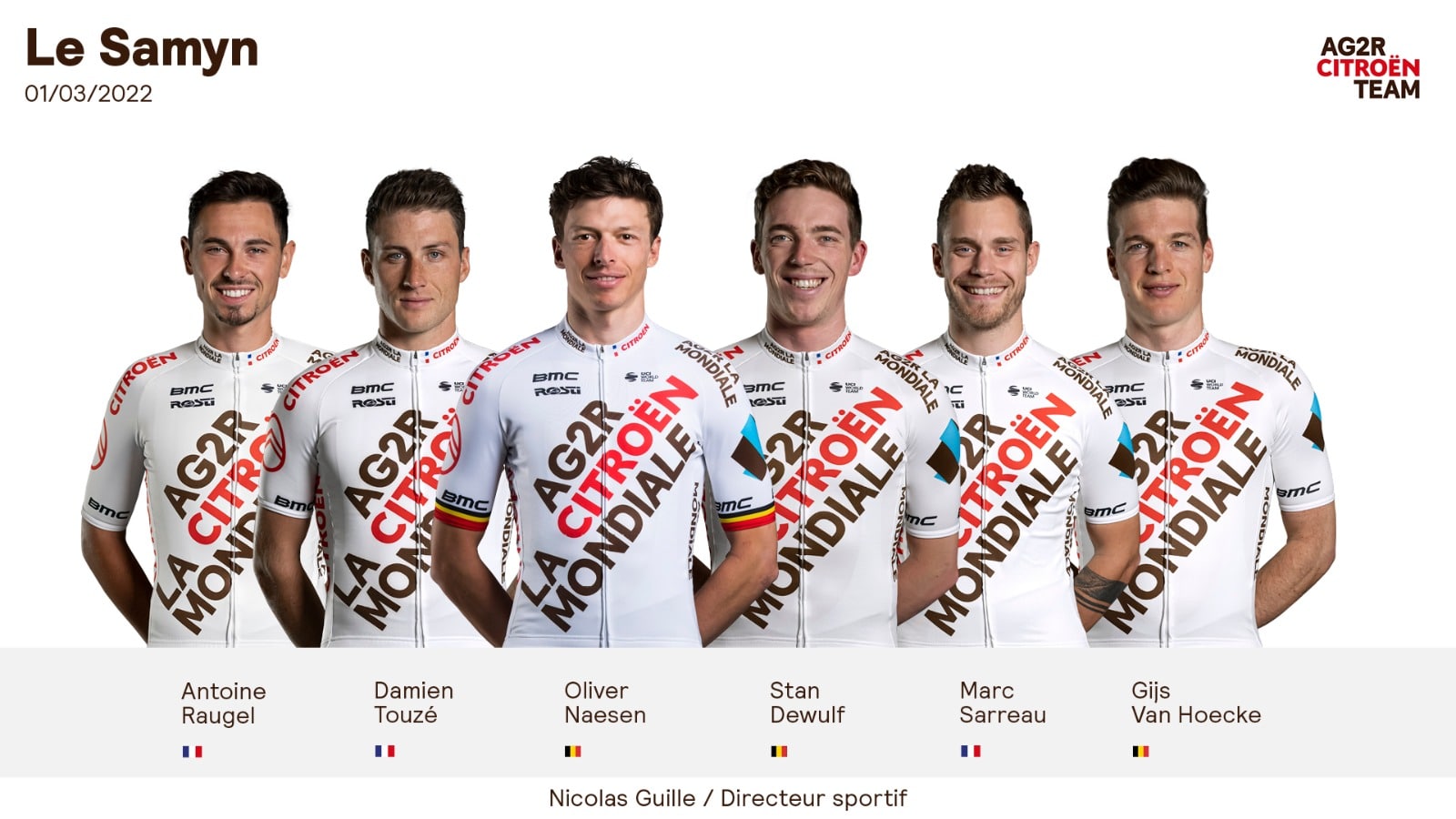 "The Samyn is a very nice semi-classic with riders racing. I hope to have improved on last year's race. I had anticipated the battle in the final but I was a little short of it to catch the lead group in the last cobbled sector. I expect a relatively difficult day but I would like to play a role with the team. I was very well integrated in the classics group. We find automatisms during the races. The guys are giving me valuable advice."[/su_quote]

Oliver Naesen is participating in the Samyn for the second time in his career.
For his first participation in 2015, in his first season as a professional, he had taken 10th place. "It's a race that suits me, but the opportunity hadn't arisen to race it again. I'm happy to take part" says Oliver Naesen.

Eleven riders of the AG2R CITROËN team are under 25 years old.