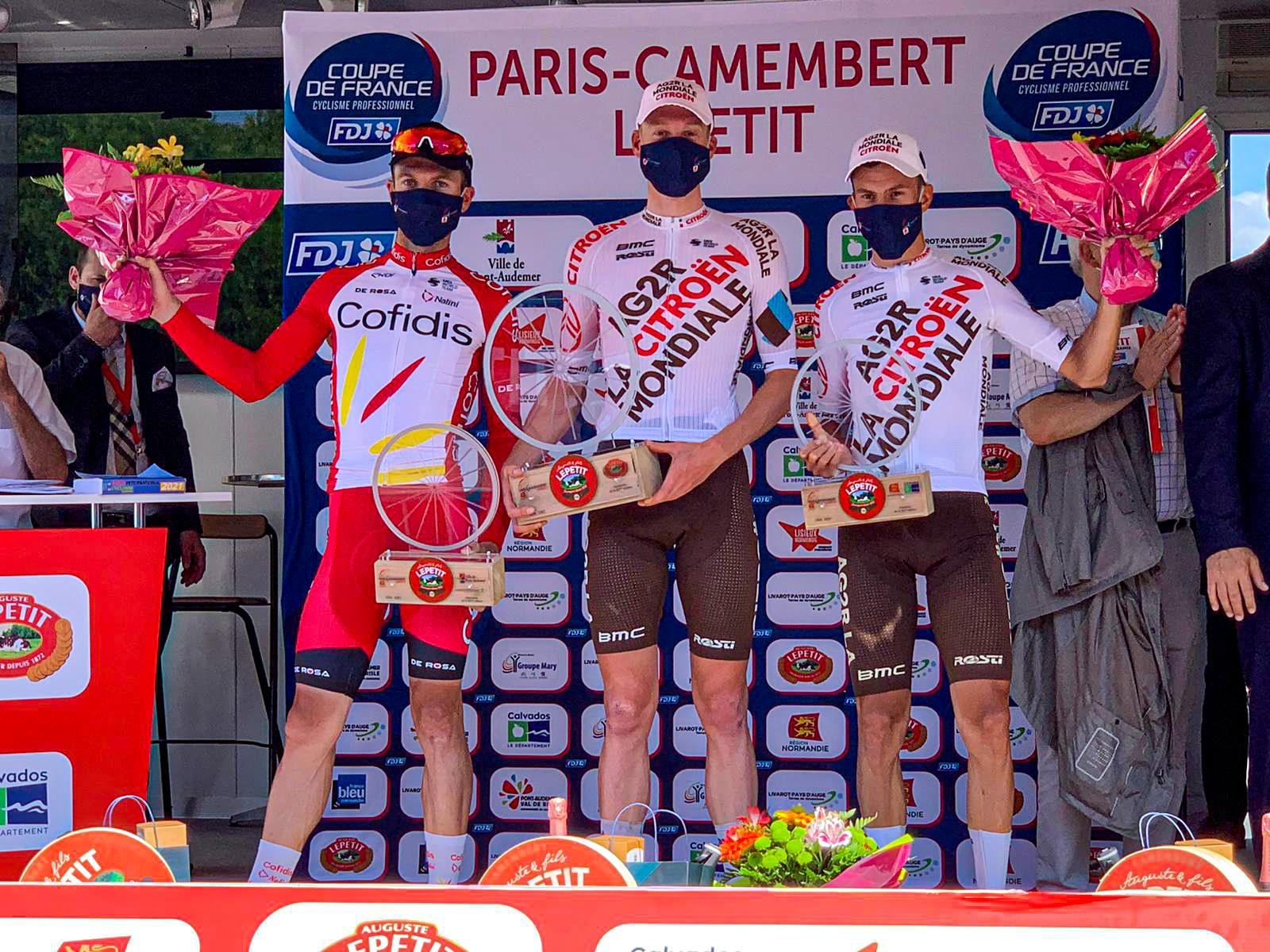 Vincent Lavenu: "We couldn't have wished for anything better

"The goal of the day was to win for the AG2R CITROËN team. A few attacks started the race but I knew I had to be patient. With my victory last year on these roads, I knew how to race and it was important to be in front in the final with its small winding roads. I was confident that I could win the sprint, I had good legs. With Geoffrey Bouchard's 3rd place, we have achieved a great collective performance. It's a great satisfaction to win, now let's go to the French Championship."[/su_quote]

The AG2R CITROËN team remains in the lead of the general team classification after the 6th round of the 2021 French Cup. This is the team's third victory after those of Aurélien Paret Peintre at the Grand Prix Cycliste de la Marseillaise and Benoît Cosnefroy at the Tour du Finistère.