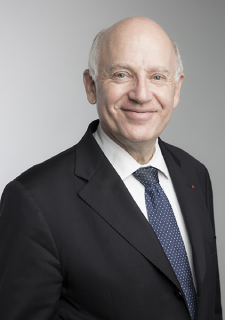 It was in 1992 that Vincent Lavenu made his dream of creating a professional cycling team a reality.

In 1997, AG2R Prévoyance joined in this great project as a co-partner alongside Casino before becoming its main sponsor in 2000. The year 2001 marked the birth of the Chambéry Cyclisme Formation, which identifies cycling talents, trains them, encourages them to grow, and helps them prepare for their future, just like we support our policyholders and give them the keys so that they can take control of tomorrow. From 2008 to 2020, the cycling team wore the colors of AG2R LA MONDIALE. Since January 2021, we have been writing new pages in the team’s history, now under the name “AG2R CITROËN TEAM”.

The year 2022 marks the celebration of our 25 years of partnership.

From the team’s first moments to the multiple podiums on the Tour de France, we have completed many stages together. We havegrown together, we have adapted, and we have taken on many challenges hand in hand. The coming years will be marked by the arrival of a new generation of promising athletes,
thanks particularly to the success of the development team. We are united by the same ambition: to progress in order to win great victories and climb onto the podiums of the biggest races.

It has been a quarter of a century that we vibrate to the rhythm of their victories and that our entire social organization, those we insure as well as our administrators and collaborators, testify to their enthusiasm and the pride they feel when they see the riders race and win wearing our colors!

Our first year of partnership was a year of learning which allowed us to discover the incredible universe of cycling. Today we are starting our second year of partnership alongside AG2R LA MONDIALE and the cycling team of Vincent Lavenu, and we could not be more proud.

The AG2R CITROËN TEAM colors shone on the roads of major international events and the team scored some great victories. We are definitely ready for an ambitious new season alongside our partners.

This year, Vincent Lavenu’s team celebrates its 30th anniversary. It is a great honor for us to be present at their side and that of AG2R LA MONDIALE to celebrate 30 years of team spirit, brotherhood and solidarity. The year 2022 will capitalize on all the efforts and investments made through the runners and the Training Centre to shine in international competitions.

We are happy to be part of this great human adventure within AG2R CITROËN TEAM and to communicate our values to the public. Our investment in cycling goes far beyond mere sponsorship. For us, it is about creating a true alliance with our partners in order to create a strong relationship with the public and enthusiasts in all races in the world.