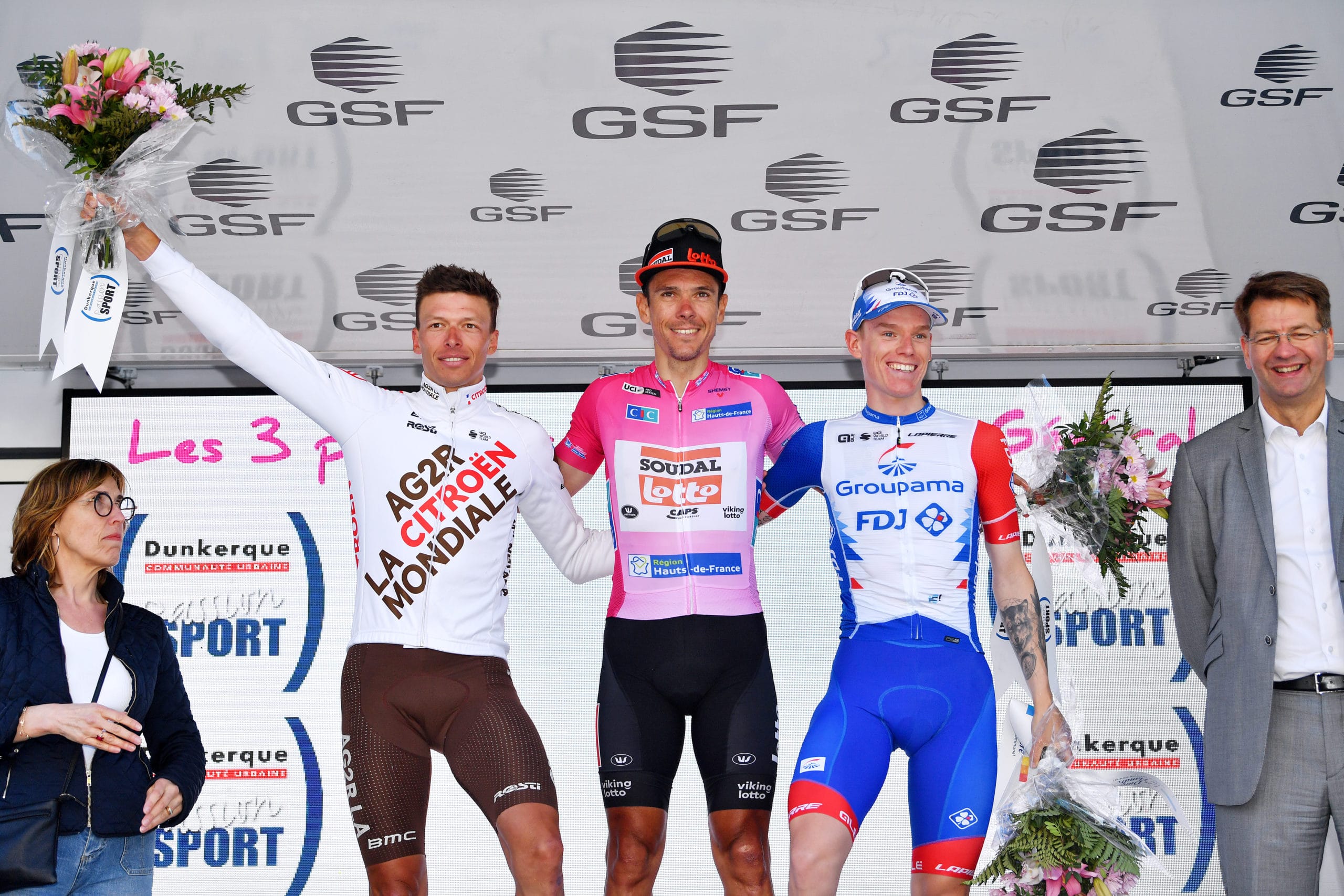 Oliver Naesen: "A nice satisfaction for a recovery

"I knew it was going to be difficult to overtake Philippe Gilbert in the overall classification today. His bonuses from his stage 3 win gave him that four second lead.
Today, it was too fast to hope to put him in danger. Philippe has one of the best records in the history of cycling and I'm still proud to finish on the podium with him in the Four Days of Dunkerque.
The top 3 was the objective of the week. It's a great satisfaction for a recovery race.

Oliver Naesen is on the podium of the Four Days of Dunkerque for the second time in his professional career.
He had taken third place in 2017.
Thirteenth in the last stage, Damien Touzé finished ninth in the final overall classification of the Four Days of Dunkirk.
"The last stage was very nervous with a lot of wind. The opportunity to make up the four seconds of delay with the game of bonuses did not present itself despite a high placement of the team. Two riders in the top ten of the general classification of the Four Days of Dunkerque is a very good thing even if we would have preferred to win," said Stéphane Goubert, sports director of the AG2R CITROËN team.

Lawrence Naesen finished sixteenth in the third stage of the Giro d'Italia which ended in a bunch sprint.