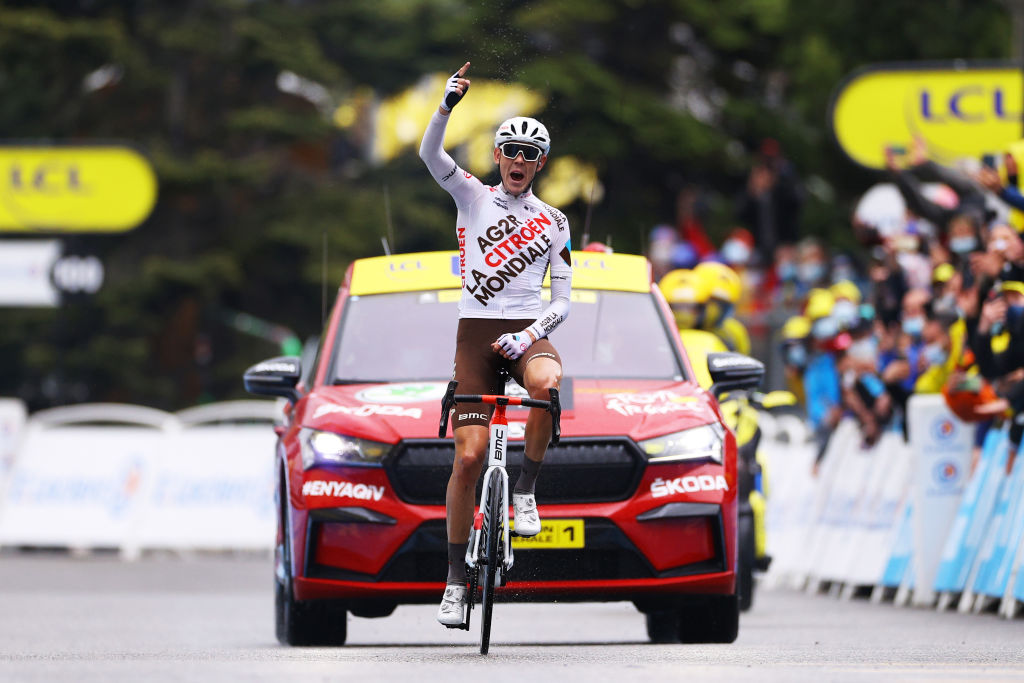 "Participating in the Tour de France was a dream. Winning is a bonus. The race was completely crazy. There is a lot of joy, I can hardly control my emotions. I am so grateful to the AG2R CITROËN team for trusting me this season. I wasn't prepared for this, I didn't know what to do in the breakaway. I saw that there was a 5 minute lead, we could gain time for the general classification, and on a long day like this anything can happen and in the end I won. I gave it my all until the end, it was a crazy stage." - Vincent Lavenu

"We share a great history with the Tour de France, we regularly win stages and each time it's incredible emotions that reward the efforts of everyone: riders, the staff members and also our partners. These are great moments to experience!
This performance is done in a great state of mind. We have a team that is very pleasant to live with, whether it is the riders team, which is very friendly and supportive, but also a group that works daily with serenity. These moments bring a lot of peace of mind.

The AG2R CITROËN team won the team classification of the stage thanks to the victory of Ben O'Connor, the 20th place of Benoit Cosnferoy and the 21st place of Aurélien Paret Peintre. The team is in second place overall.

Nans Peters retired during the stage due to severe back pain. "He had suffered from lumbar contusions without consequences after his two falls in the first stage, which handicapped him in the flat stages. The discomfort became much more important in the mountain stages. For this reason, we decided to have an X-ray and ultrasound examination carried out, which revealed a small incomplete fracture of a transverse lumbar apohyseal. This lesion is not serious and he should be able to resume training once the discomfort has disappeared, certainly in about ten days," says Dr. Eric Bouvat, medical director of the AG2R CITROËN team.