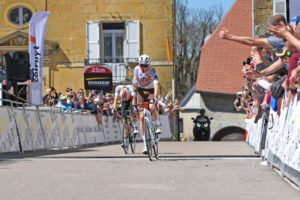 Ben O’ Connor: “It feels good in view of the Tour”

“I felt really good today. It was fun, really fun. We had decided to do an aggressive race. You had to be concentrated the entire time because there are tons of climbs and descents all day long. It’s a great day for the whole AG2R CITROËN TEAM. Yesterday I had no legs in the final. But then, everything was fine. At the end today, I was nervous with Herrada by my side. I just did the best effort I could. I am really happy. It feels good in view of the Tour de France, which will be a big challenge. My start to the season has not been easy. But I always tried to have fun at every race. I will approach my next race, the Tour de Romandie, with the ambition to do well.”Ben

Ben O’Connor’s victory, his second after winning the third stage of the Volta Ciclista y Catalunya, is the third for the AG2R CITROËN TEAM this season. Marc Sarreau won Cholet-Pays de Loire.

Five riders in the top ten